A World Of Global Procurement Opportunities

Navigating global markets remain challenging as new disruptions take place in a post-Covid-19 world. High inflation, rapid supply/demand fluctuations, geopolitical tensions and continued lockdowns in China are a few of the many factors that are impacting global supply chains and limiting the ability of global sourcing managers to secure their supply. With so many factors impacting choices of where or what to source from global markets, returning to the fundamentals is key to ensure sustainability in this dynamic new environment. 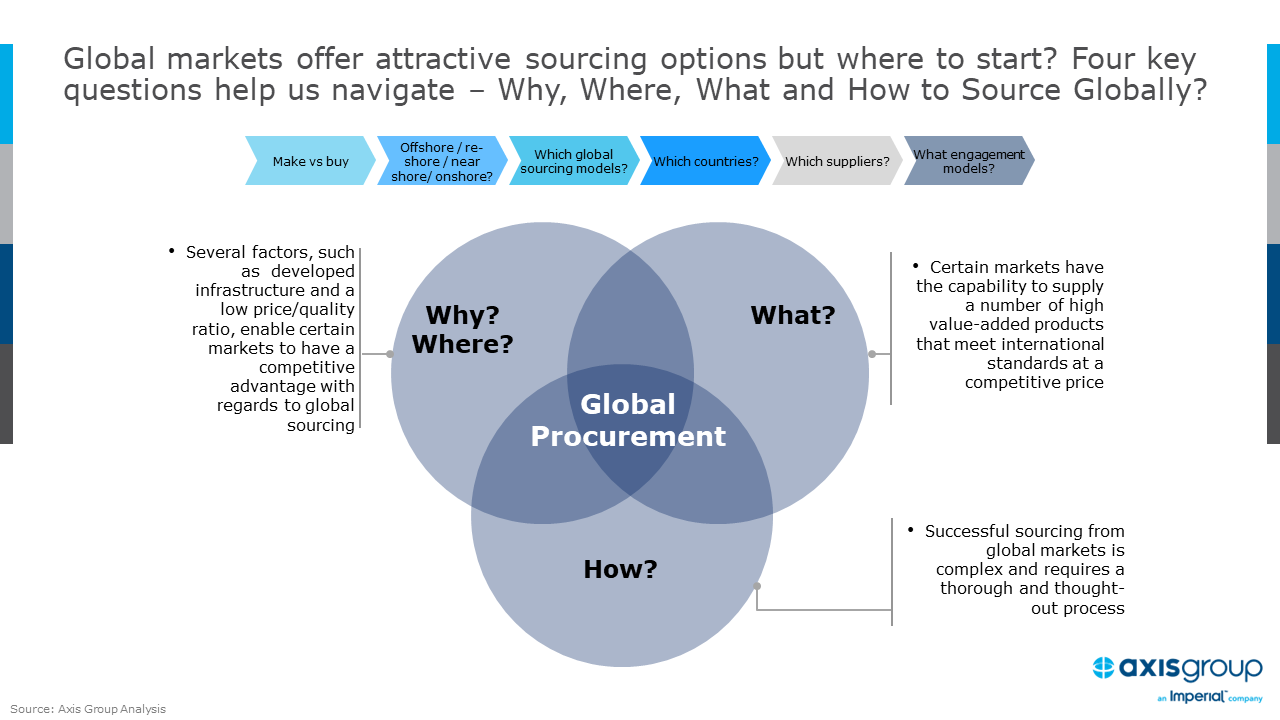 Sourcing managers that are proactive in how they address key global procurement fundamentals of why, where, what and how to source globally have many opportunities in the current environment, but getting this right remains a challenge. Below, Axis Group offers insights on where to look and what categories to consider for effective global procurement & supply.

Where to look in a World of Global Procurement Opportunities?

The continued efforts by countries globally to compete and open their economies in a post-pandemic environment have highlighted the potential of some dynamic new markets that matter. Global trade was severely impacted early in the pandemic, and recovery was slow for many of the traditional global export leaders. However, markets in Asia and other developing parts of the world experienced a faster recovery, with some even seeing growth in their year-on-year exports in 2021. This trend continued in 2022, as more markets continued to grow their exports despite the many challenges in the current global sourcing environment. It is imperative that global sourcing managers observe the opportunity that these dynamic markets present, as they continue to increase their production capacity and exports of increasingly high-value products. Over the short to medium term, the war in Ukraine and China’s Covid related lockdowns present important additional challenges that must be incorporated in planning.

Shift in Global Export Rankings – New Winners, Losers, and some Holding Ground: Since 1990, the global top 30 exporter rankings have changed significantly. Economic growth within emerging markets, with special impetus given to export growth, have led to their rise in manufacturing and export rankings. In addition, there has been a strong link between deepening global interconnectivity, the rise of free trade agreements, and an increase in trade by new countries on the world stage. However, increasing global demand as well as strong exports growth, due to easing restrictions in 2021, led to an overall rebound in trade and commerce. What will the new landscape look like? 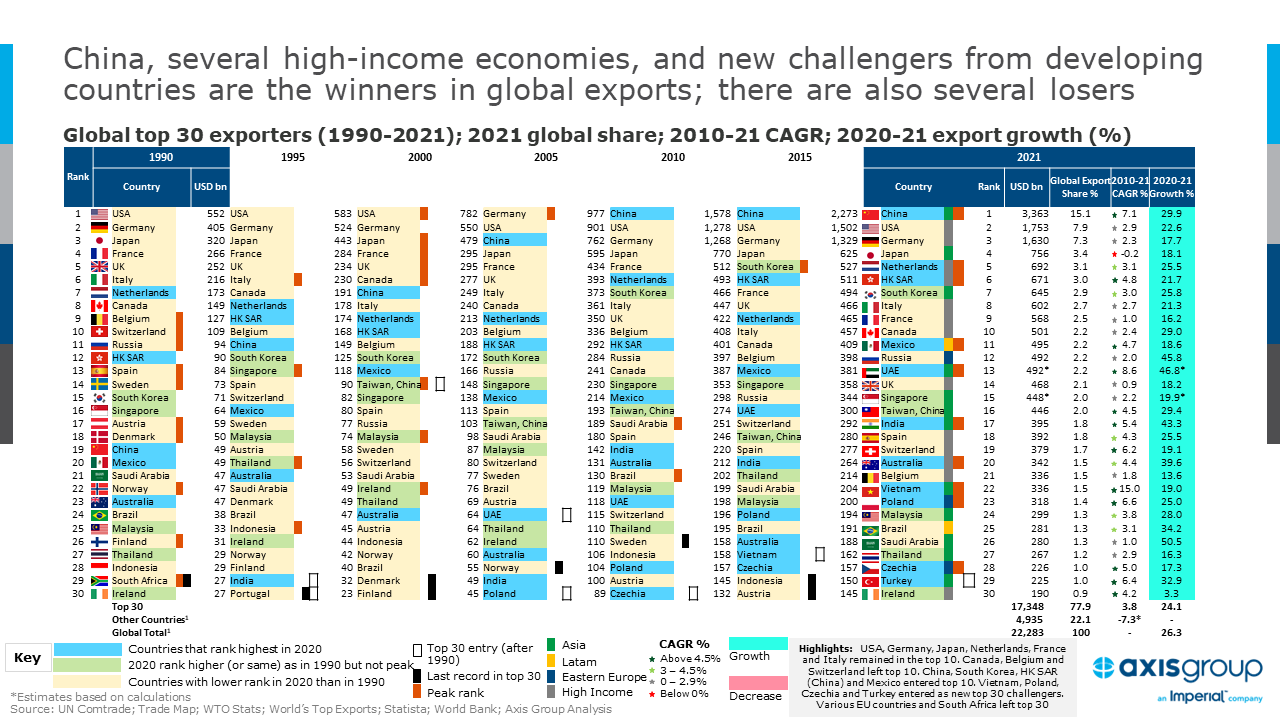 Trends: China, USA, Germany, and Japan have consistently been among the top 4 global exporters since 2005. However, there has been dynamic and constant readjustments below the top 4 rankings. 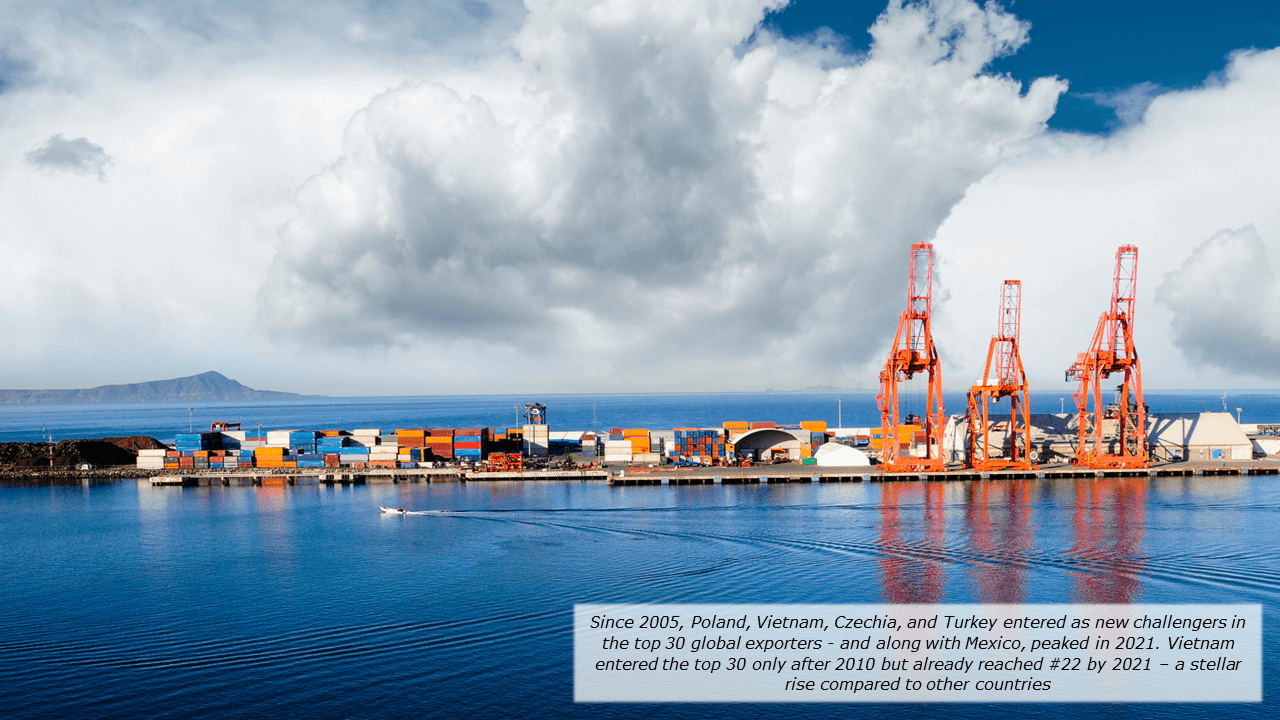 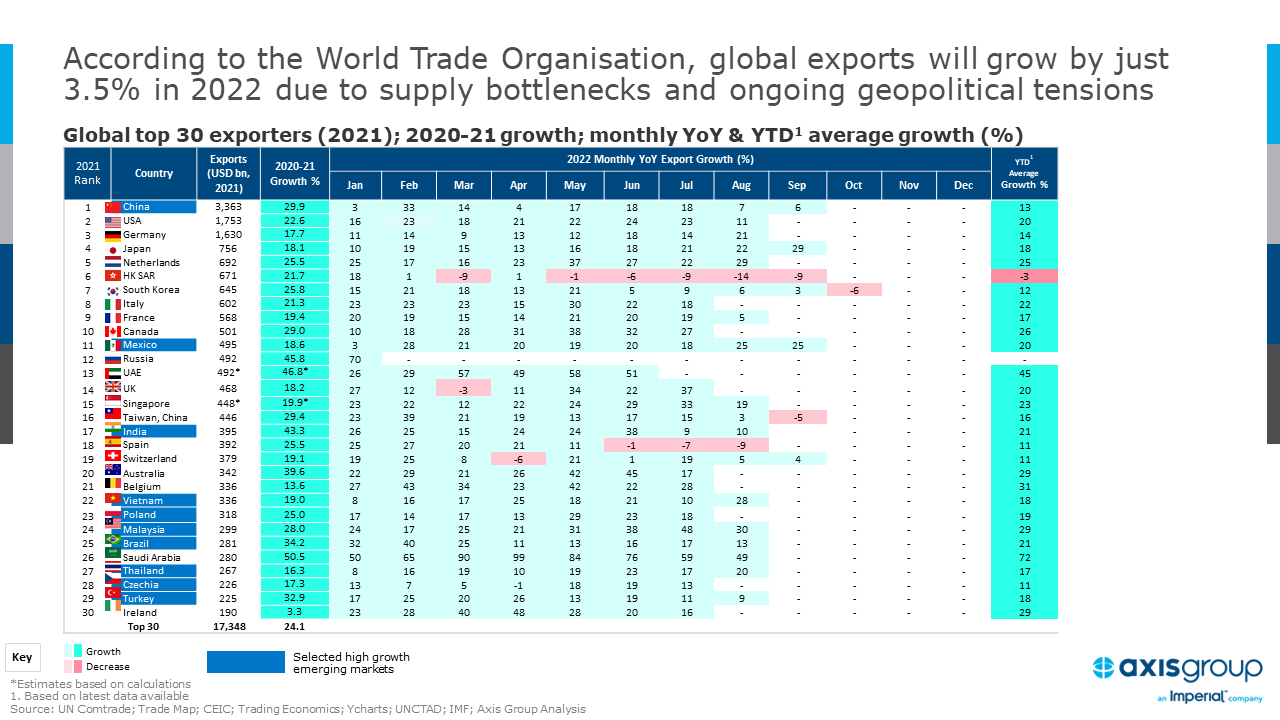 Upshot: Since 1990, the top 30 exporters have faced varying levels of disruption due to a 30-year process of dynamic adjustment. For each interval – by 2000, 2010, and 2021 – the landscape had shifted significantly due to global competition with 3 broad categories emerging – new winners, losers, and those that are holding their ground. The pandemic saw these shifts exacerbated with both developed and developing economies suffering a reduction in demand, production, and exports. With global recovery efforts in 2021 continued in 2022, we anticipate: 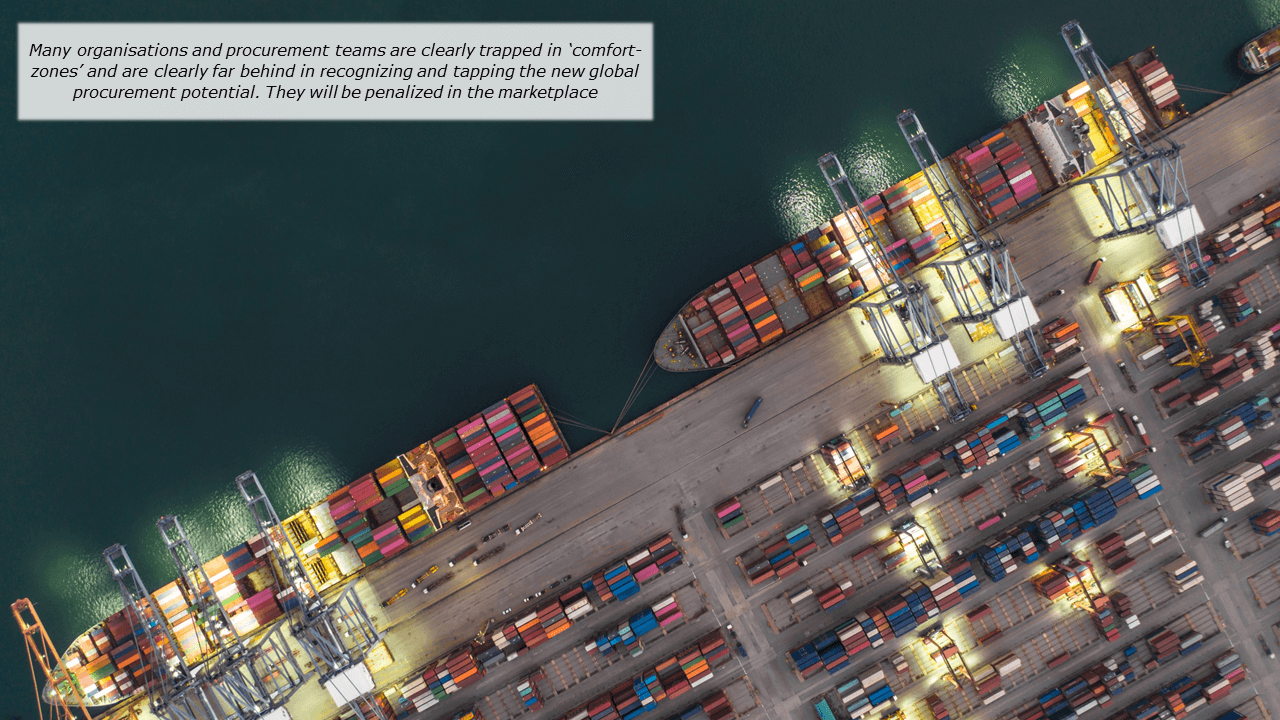 Imperatives: The past 3 decades have seen many new global procurement opportunities (but also setbacks) arising from globalization and more integrated supply chains. Variability in economic acceleration and slowdowns, political instability, natural disasters, as well as health crises impacted the flow of trade for many countries. However, the impact of the Covid-19 pandemic on global exports and competitiveness has led to an unprecedented entry into a new world of change and risk for international procurement and supply. The risk & cost equation now looks different. As such, a few priorities stand out for Global Procurement & Supply professionals:

While traditional leaders such as the US, Japan, and Germany remain high on export rankings, markets such as India, Vietnam, Poland, and Mexico have increased their potential to become challengers for global recognition. But what are they exporting? Which categories and product choices can be targeted in these new markets? A quick fly-over suggests that there are a few surprises in store in terms of choices around ‘where and what’ to source. Many countries have, in fact, rapidly climbed the ladder and have more mature capabilities; they often simply no longer live up to (unfair) stereotypes. Herein lies the opportunity for perceptive, proactive, and analytical procurement and supply teams. Astute teams are already working on the new options that exist in balancing risk and cost – and will be rewarded for it. But many organisations and procurement teams are clearly trapped in ‘comfort-zones’ and are clearly far behind in recognizing and tapping the new global procurement potential. They will be penalized in the marketplace. 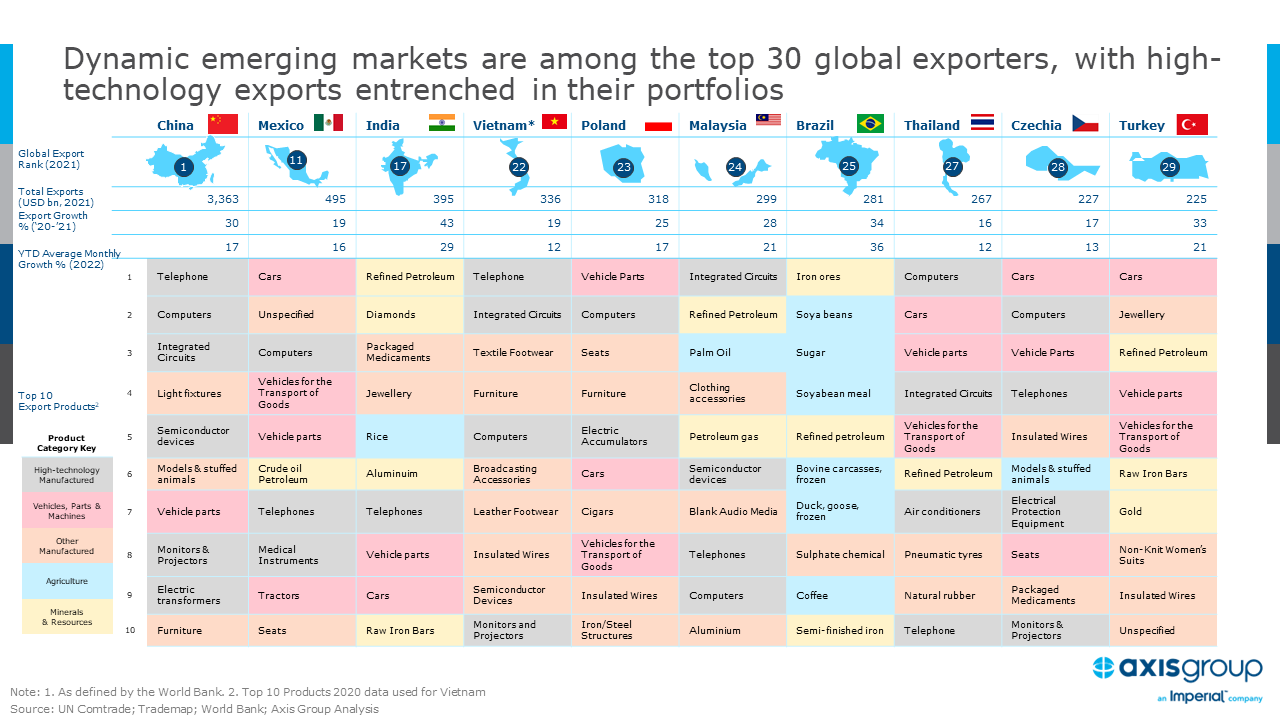 China is the largest global exporter, with products on both the high and low end of the value chain. Other developing markets in Asia and the rest of the world have increased their capacity to supply higher value-added products; and with increased importance placed on supplier diversification, these markets should be watched. Below, we take a snapshot of selected dynamic markets, their top 100 export products, and the composition and concentration for these products across industries and sectors. 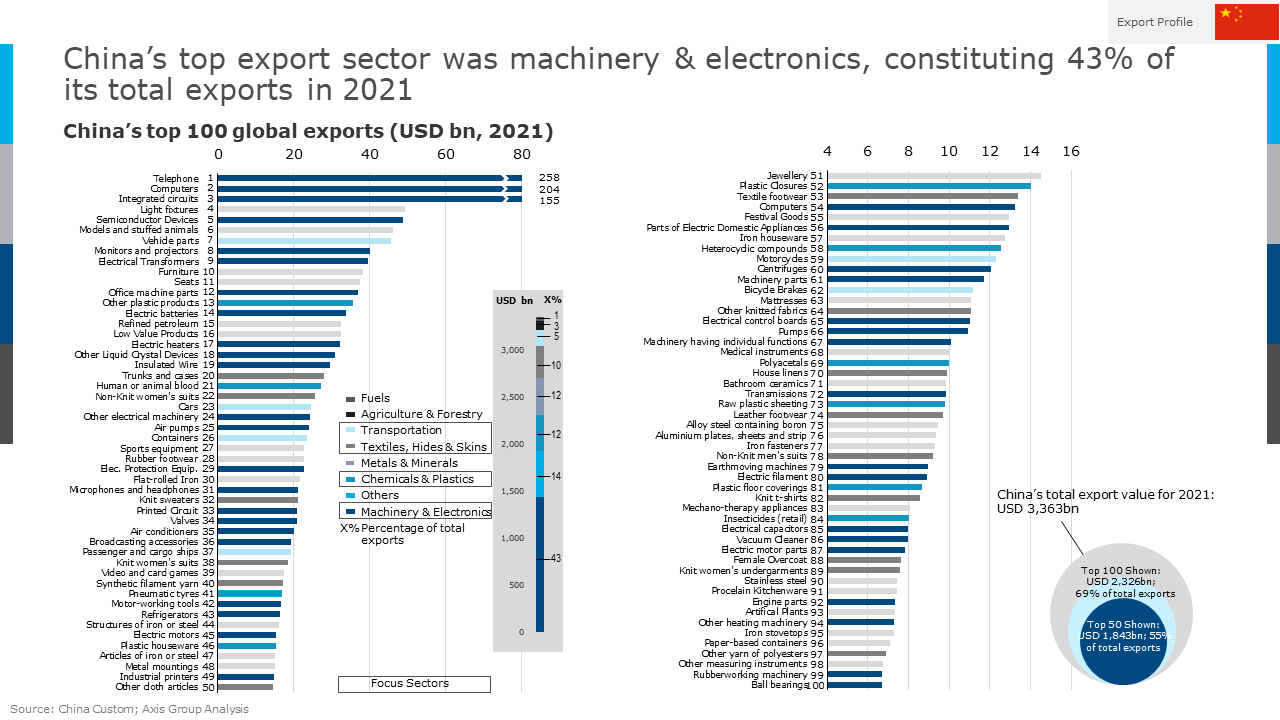 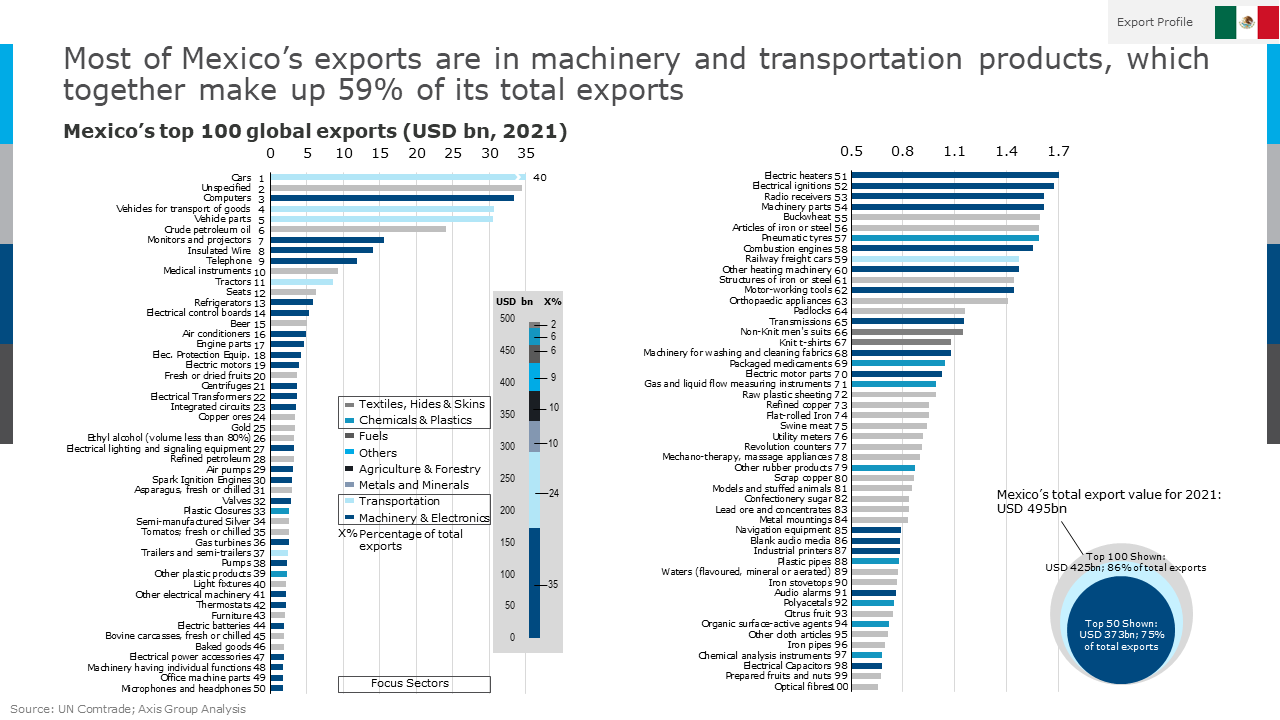 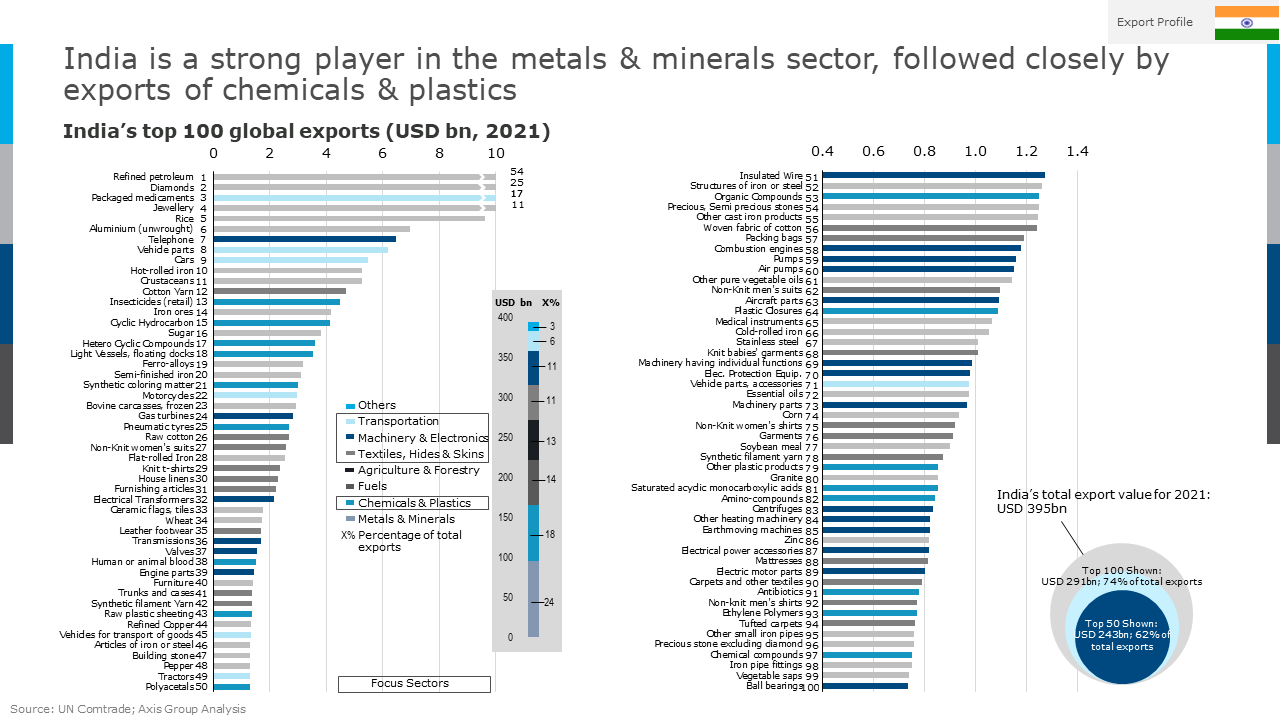 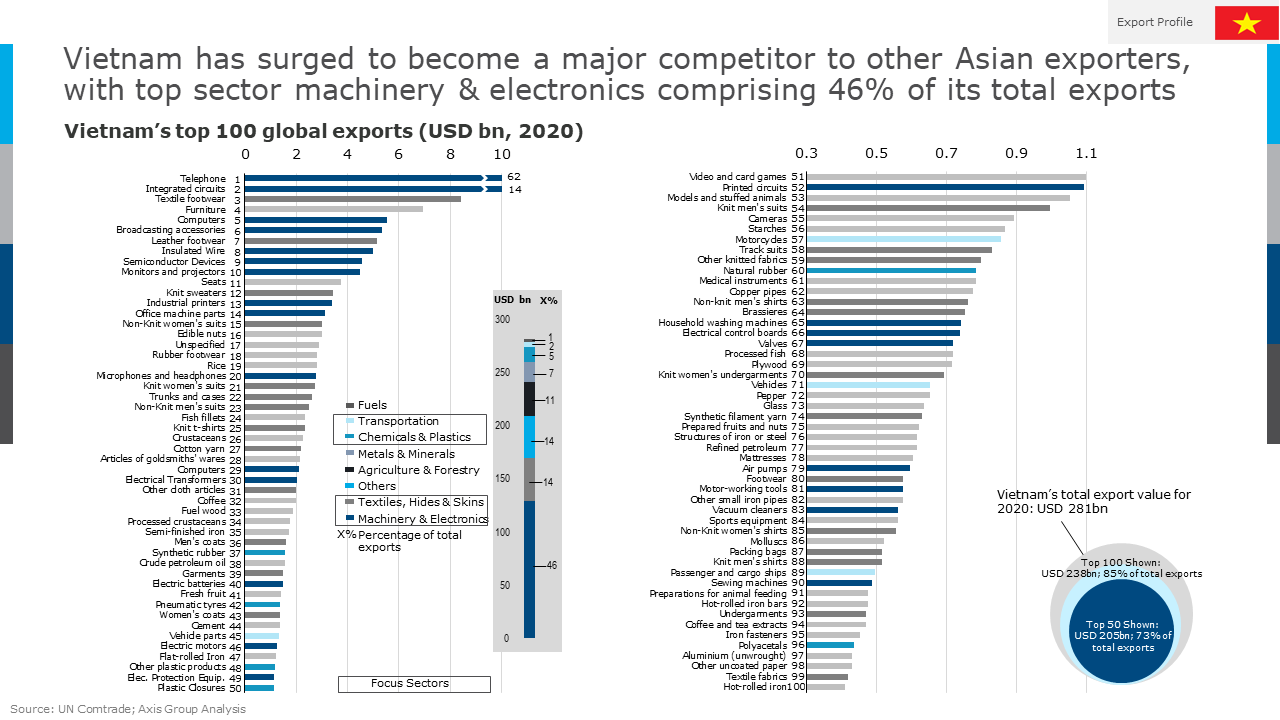 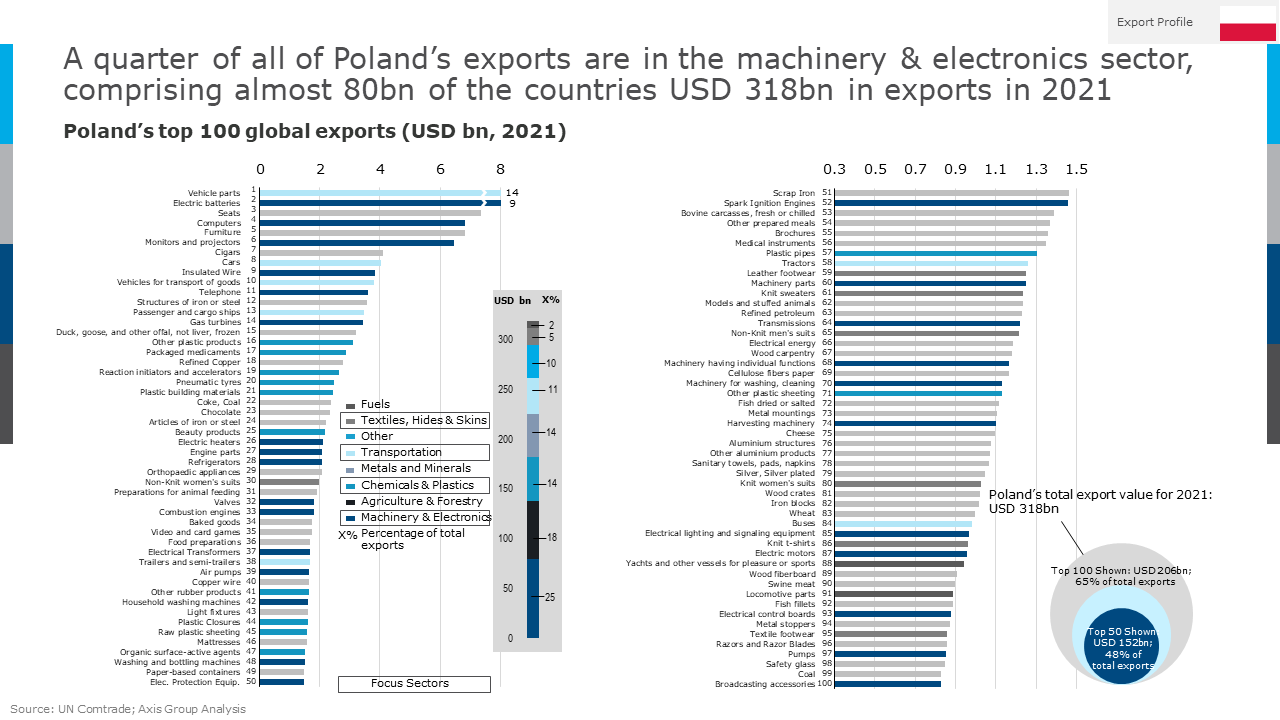 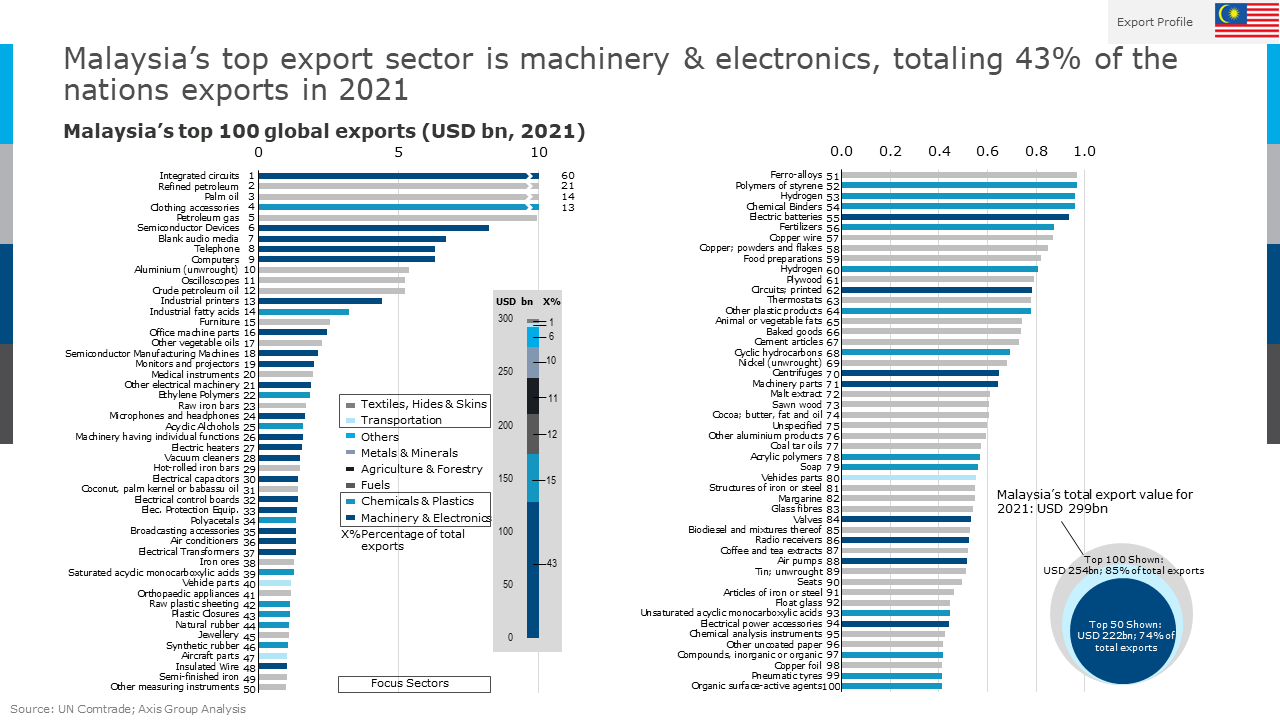 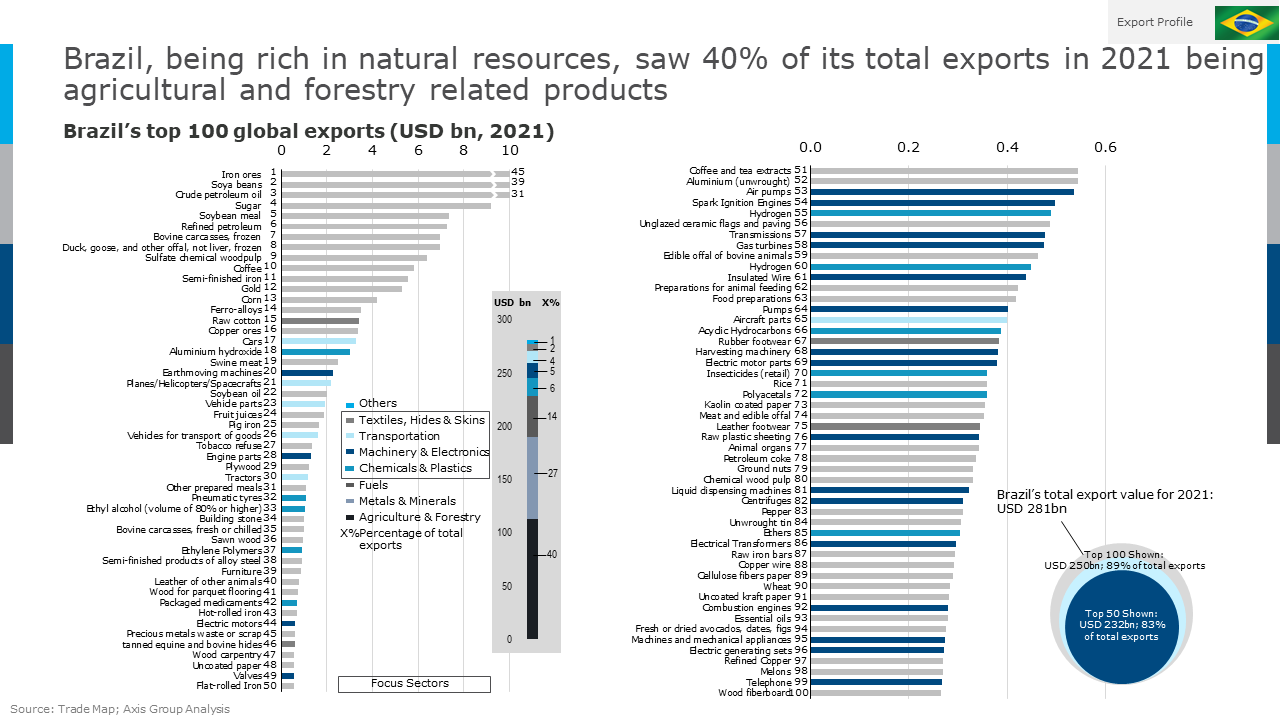 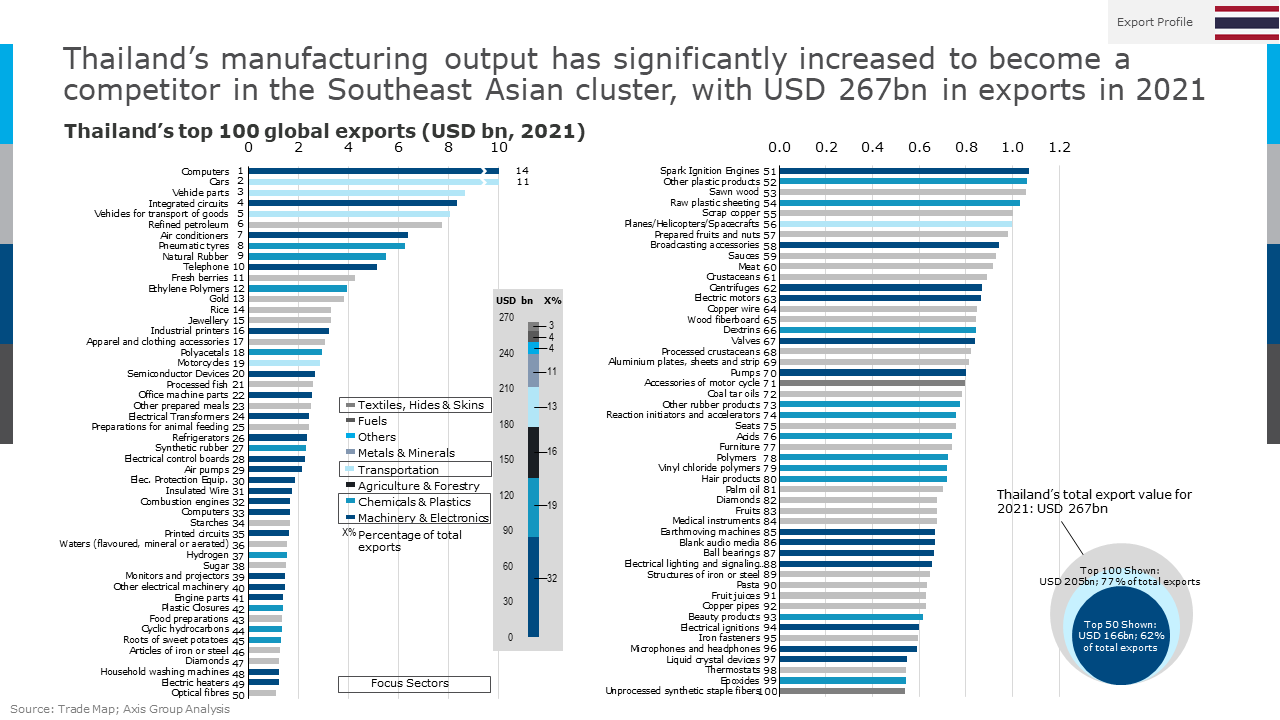 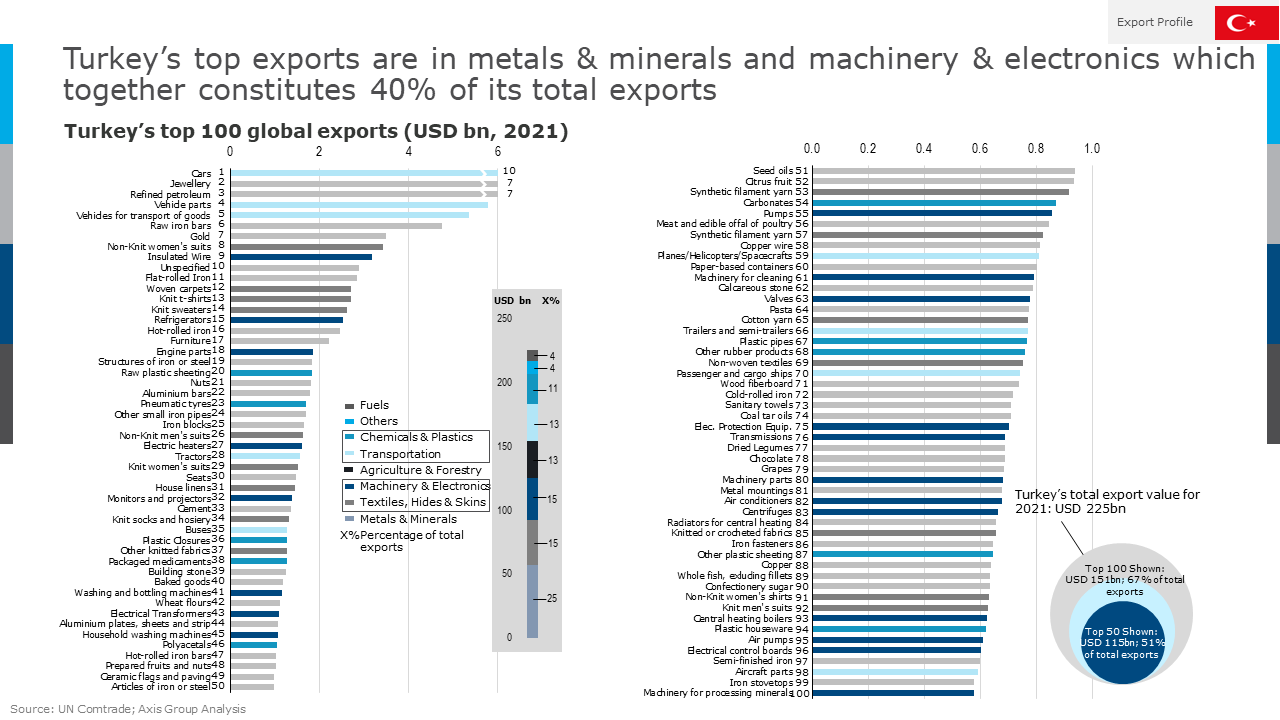 The world has been a competitive marketplace for hundreds of years and this has intensified over the past 50 years in a globalized world. Events of the past 24 months have only exacerbated the dynamic adjustments that are constantly taking place – and it is clear that there are winners, losers, and those that are holding ground.

Astute procurement leaders and their teams are already tapping the new world of global procurement opportunities to drive value for their organisations. 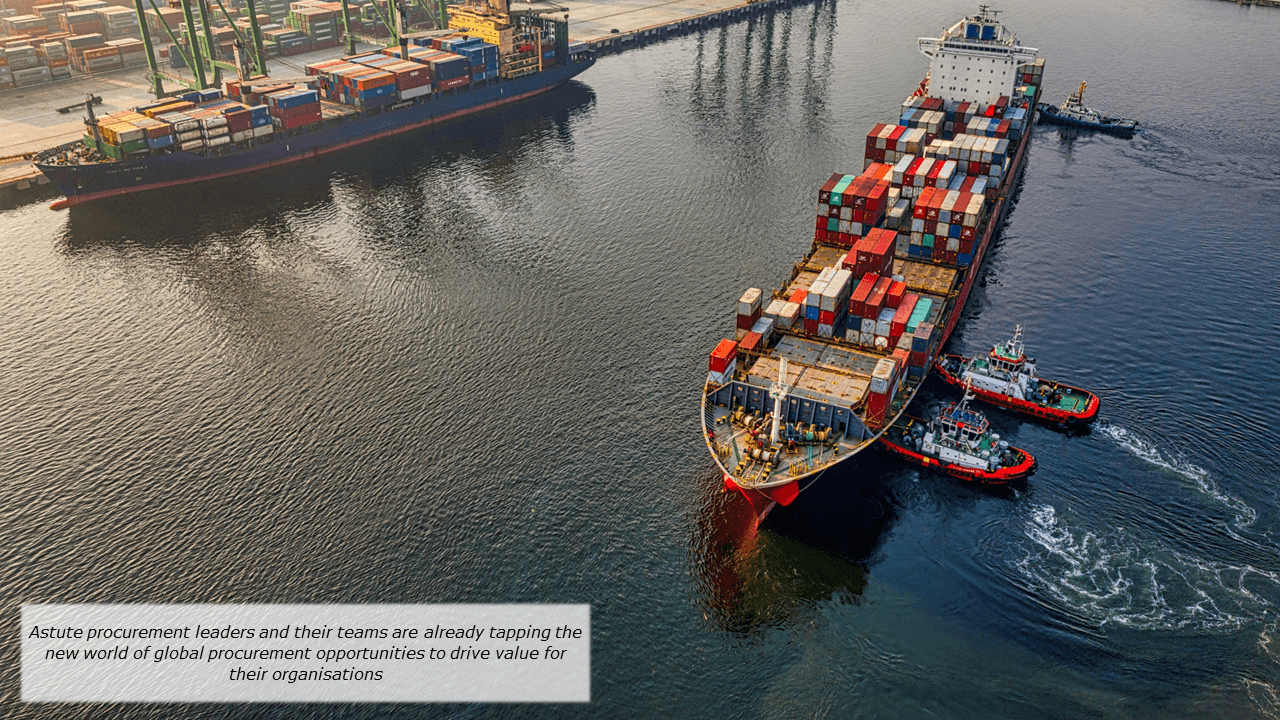